I found this recipe on FaceBook The other day and thought it looked quite good,so I read the recipe and I like to keep things simple and easy. I have cooked the good old fashion way for many years, but in my more mature days I like to keep it simple and for the most part I have several followers that are learning to cook and I think if you are learning start simple and get comfortable with food handling and adding flavor. That will get one comfortable and all comes much easier and if you work you really don’t want to come home and be in the kitchen all night. This is a recipe you could throw it all in the crock pot and cook if you wanted to. But I wanted to build some good flavors while it cooked. So here is my recipe The ingredients are basically the same, but cooking is different.

Add 1 tbsp. olive oil to pan you will cook your beans in and add the sliced ham and cook slightly to flavor your beans

add water or chicken broth if you like ( I used water)

because there is a lot of flavor going on in that pan. add water to 4 inches above the beans and let cook on med to med lo heat until begins to tender. If your veggies are not chopped now is the time to do so. add 1 tbsp. oil to skillet and add chopped veggies and cook until almost tender and add to the beans and add all spices and cook on med low until everything is tender and you are ready to enjoy. I am adding fried cornbread to my meal tonight and a wedge of sweet onion and a big glass of sweet tea, after all I am from the south.

This is one yummy to the tummy goodness. I had a Duncan Hines Caramel cake mix that I wanted to use, so this is what I come up with. Hope you will try it and like as much as we do. It is especially good while it is warm.

1 can coconut/pecan icing ( like for a german chocolate cake)

In a mixing bowl combine cake mix, eggs, oil, and the can coconut pecan frosting,

beat for just a few minutes to combine all well and batter is smooth, Pour into a greased and floured Bundt pan

Bake in preheated oven 350 degrees for 15 minutes and turn oven down to 335 degrees and bake for another 20 to 30 minutes or until toothpick inserted comes out clean.

dash salt to off set the sweetness

That what’s cooking in my country kitchen today, come back soon and have a wonderful day.

Green tea, prized for many generations in China, Japan and even Britain, has made a name for itself in the US, where many now drink it daily due to its many associated health benefits.

However, while green tea is recognized as an abundant source of epigallocatechin-3-gallate (EGCG), a catechin polyphenol, and other antioxidants, not all green teas are created equal.

If you’re drinking green tea hoping to increase your antioxidant levels, you should know that some green tea brands contain very little antioxidants, while others may contain significant amounts of lead.

One Variety of Tea Tested Contained Almost No EGCG

EGCG is easily the most talked-about green tea compound. As one of the most powerful antioxidants known, the health benefits of EGCG include a lower risk of heart attack and stroke, glaucoma, high cholesterol and more. Several studies have also found that EGCG can improve exercise performance, increase fat oxidation, and may help prevent obesity, as it’s known to have a regulatory effect on fat metabolism.

If you drink green tea, you probably assume you’re getting a healthful dose of EGCG with each cup, but new research shows that’s not necessarily the case. An analysis of the strength and purity of more than 20 green tea products by ConsumerLab.com found that EGCG levels in bottled green tea can range from just 4 milligrams (mg) per cup to 47 mg, while brewable green tea (from tea bags, loose tea or a K-cup) contained levels ranging from 25 mg to 86 mg per serving.1

One variety, bottled Diet Snapple Green Tea, reportedly contained almost no EGCG, while Honest Tea Green Tea with Honey contained only about 60 percent of the 190 mg of catechins claimed on the label.2 Added sugars or artificial sweeteners were also common in the bottled tea brands.

This Type of Green Tea Contained the Most Antioxidants

Green tea brewed from loose tea leaves appeared to offer the most potent source of antioxidants like EGCG. One variety, Teavana contained 250 mg of catechins per serving; green tea sold in bags from brands like Lipton and Bigelow contained lower levels, although represented a more cost-effective alternative.

One green tea supplement even contained 130 mg of caffeine in a single capsule, which is more than is found in a cup of coffee! But higher antioxidant levels is only one reason why you may want to choose loose tea over bags…

Some Tea Bags May Leach Hazardous Compounds Into Your Tea

Some tea bags are made with synthetic polymers, such as nylon, thermoplastic, PVC or polypropylene. While these compounds have high melting points, the temperature at which the molecules in polymers begin to break down is always lower than the melting point, which could allow the bags to leach compounds of unknown health hazards into your tea when steeped in boiling water.

Paper tea bags are also potentially problematic, as they are frequently treated with epichlorohydrin, which hydrolyzes to 3-MCPD when contact with water occurs. 3-MCPD is a carcinogen associated with food processing that has also been implicated in infertility and suppressed immune function. I recommend purchasing tea from manufacturers who can certify that their tea bags do not contain epichlorohydrin, and avoid plastic tea bags. Alternatively, you can opt for loose tea instead.

Why Your Green Tea Should Come From Japan, Not China

Green tea plants are known to be especially effective at absorbing lead from the soil, which is then taken up into the plant’s leaves. Areas with excessive industrial pollution, such as China (where nearly 90% of the world’s green tea is produced),3 may therefore contain substantial amounts of lead.4

According to the ConsumerLab.com analysis, tea from brands like Lipton and Bigelow contained up to 2.5 micrograms of lead per serving compared to no measurable amounts in Teavana brand, which gets its tea leaves from Japan.

While the lead in the tea leaves is not thought to leach very effectively into the tea you end up drinking, if you’re consuming Matcha green tea, one of my favorites, it’s especially important that it comes from Japan instead of China. Matcha tea contains the entire ground tea leaf, and can contain over 100 times the EGCG provided from regular brewed green tea.

That said, because you’re consuming the entire leaf, you want to be sure it comes from a non-polluted, high-quality source. The best Matcha green tea comes from Japan and is steamed, rather than roasted or pan-fried. As a result, Matcha green tea retains all the nutrient-rich value possible from the tea leaf, without additives or contaminants.

A Word of Warning About Fluoride in Tea

Both black and green teas are naturally high in fluoride, even if organically grown without pesticides. This is because the plant readily absorbs fluoride thorough its root system, including naturally-occurring fluoride in the soil. According to fluoride expert Jeff Green, there are reports of people who have developed crippling skeletal fluorosis from drinking high amounts of iced tea alone.5

If you live in an area with fluoridated drinking water, as the majority of Americans do, then you could be getting a double dose of fluoride when you drink tea. When selecting tea of any kind, it should preferably be organic (to avoid pesticides) and grown in a pristine environment because, as mentioned, tea is known to accumulate fluoride, heavy metals and other toxins from soil and water, so a clean growing environment is essential to producing a pure, high-quality tea.

What Does the Research Say About Drinking Tea?

Although I still believe pure water should make up the majority of your daily fluid intake, high-quality tea has numerous health benefits to offer, which vary by type. In addition to Matcha tea, I personally enjoy Tulsi tea (aka Holy Basil tea), which is a powerful adaptogenic herb that provides important therapeutic benefits. There is also growing evidence that the polyphenols in tea, including EGCG and many others, may be protective against cancer. Beyond this, the beneficial properties in tea have been known to:

Drinking tea has also been linked to:

How to Brew the Perfect Cup of Loose-Leaf Tea

Choosing high-quality tea is extremely important. As the ConsumerLab.com analysis showed, the type of tea you purchase can make all the difference in the amount of beneficial antioxidants it contains, with loose-leaf teas appearing to provide the most. There is an art to brewing tea using loose tea leaves, but once you find your “sweet spot” you may never go back to bagged tea again. Here are a few simple guidelines for making the “perfect” cup of tea:

Mix all ingredients together and mix well ( forget the directions on box.)

This is all the ingredients you need.

Pour into a greased and floured bundt pan

and bake for 40 to 45 minutes or until toothpick inserted in cake comes out clean.

mix together and when cake is cool frost as desired

I add 1 tbsp. orange marmalade to mine for extra yumminess

This is a delicious meal all on it’s own or add a salad. It is another easy and simple meal.

3 /4 cup chicken broth
Place chicken in crock pot, pour can of Rotel over chicken. Cover and cook on low for 3-4 hours or as long as 5. When ready use fork to break chicken into bite sized pieces, add cream cheese, beans, and corn, gently stir. Turn crock pot down to warm heat, cover and serve over rice or with tortilla chips. This will keep on warm in crock pot for up to 4 hours. That whats in my kitchen today, hope you will try it and enjoy. Don’t forget to like this page while you are here. Please come back to visit again soon

This I have to make, I love cakes and love baking cakes. This sounds delightful

Cooking Is My Sport 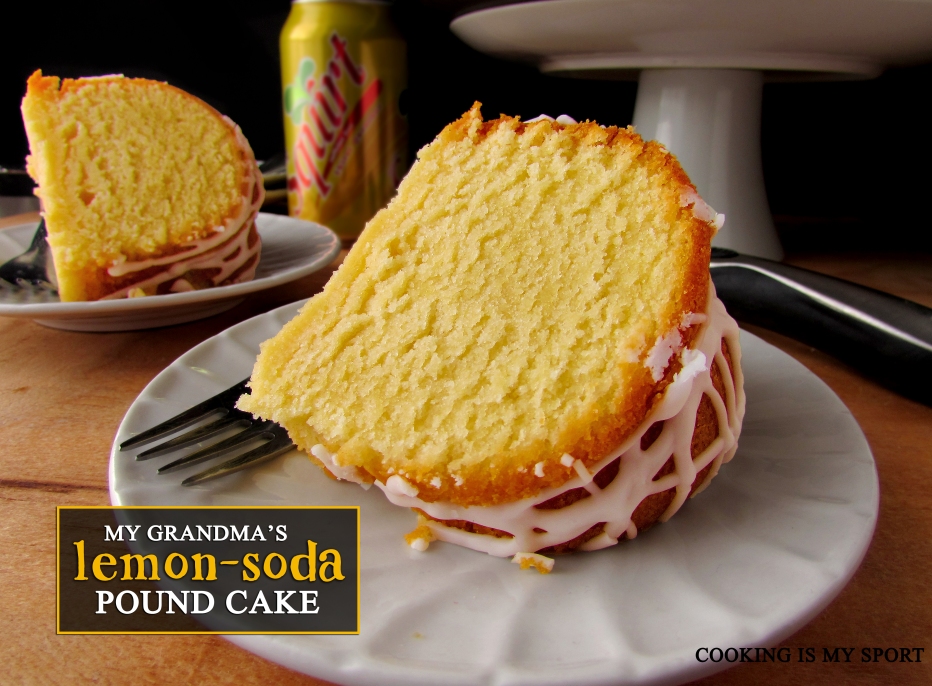 Nothing is certain but death and taxes, right?

False. At least, that’s my opinion.

There are some things in life that you just know, no matter what happens, that you will always, always ALWAYS be able to depend on.

Things besides death and taxes.

They may be good. They may be bad. But they’re a sure thing regardless.

I’ll start out with a positive: my sisters. My sisters are as dependable and certain as death and taxes.

Except in a good way.

I know that no matter what happens, no matter where I am or what I’m doing or going through, I can always depend on those two. They’re my best friends in the entire world. There’s nothing I can’t talk about, share with, or ask them for. They’re always there for me. They’re not going anywhere

Theoretically could I cheat and avoid death and taxes? Sure.

This cake is delightful, it is moist and light with pineapple, vanilla, pudding all the good stuff.

Take out of oven and let cool for a few min. and then with the end of a wooden spoon poke holes in cake all way down and across.

Mix this together and  spoon onto cake

Place in refrigerator and chill and add cool whip and enjoy. Thanks for coming by for a visit ,don’t forget to like my page. Please come again.